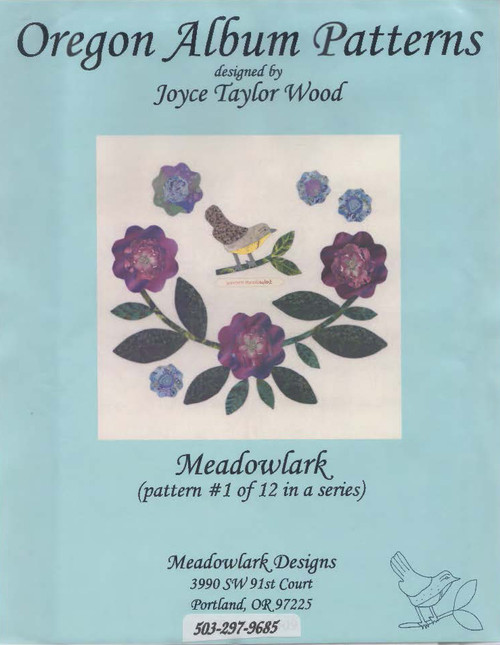 Oregon Album Appliqué Patterns were designed by Joyce Taylor Wood in 2002. These appliqué quilt blocks were designed as a set of 12 in a series of Quilt Blocks. Each block finishes to 20” square. Choose your favorite form of appliqué; needle turn or raw edge.

Each block in the series deals with items in and around the state of Oregon. The series includes the following blocks. This set of 12 patterns is

Each packet contains full instructions, pattern and fabric requirements. The full series of 12 patterns is being sold as one unit so you get all 12 patterns in the shipment.

Truly a splended heirloom quality quilt to pass down in your family!

This product hasn't received any reviews yet. Be the first to review this product!